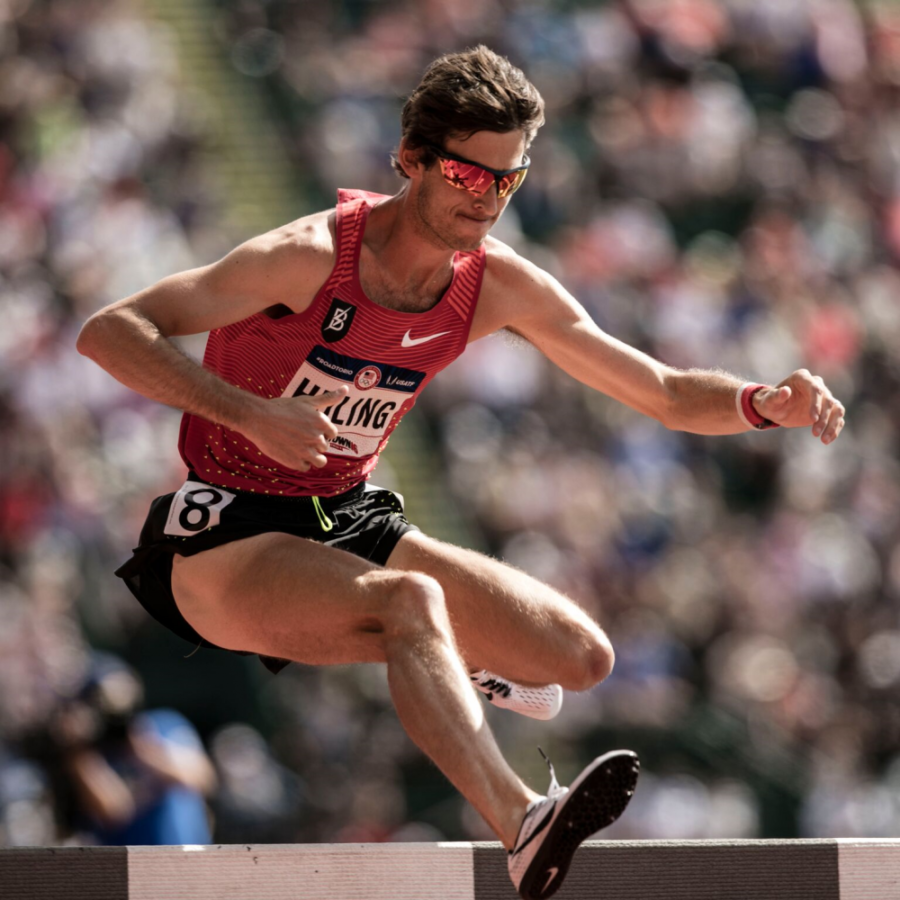 The club, which will kick off its 40th anniversary with the event, will also feature Daniel Huling who is ranked 4th fastest in the steeplechase for 2016, and was the top U.S. finisher in 2015 IAAF World’s Men’s steeplechase. Huling is a Nike sponsored athlete and part of the Bowerman Track Club based in Portland, OR.

The annual banquet at Parkview’s Mirro Center is part of a weekend of events to celebrate and support the local running community.

On January 28, Bayer and Huling will be at IPFW for a community open track meet as honorary one mile starters. The community open meet is for all ages and speeds and includes these distance races: 800 meters, 1 mile and two mile.

Members of the Fort Wayne Running Club will receive a free entry into the Community Open Track Meet at IPFW. Members will also be able to obtain their VO2 based off of their mile time. VO2 max is a measure of the maximum volume of oxygen that an athlete can use. It is measured in milliliters per kilogram of body weight per minute and is useful in training. To join the Fort Wayne Running Club and be involved in their points races, follow the link at fortwaynerunning.club.org.

The night culminates with the banquet at 5 p.m., honoring local high school distance runners with the Male and Female Chris Brown High School Runner of the Year , Fort Wayne Running Club points series participants, and Ironrunner finishers as well as the “Being A Team” presentation from Bayer and Huling.

At Leo High School, Andrew Bayer was a 2008 IHSAA State Championship in the 3200m. He ran at Indiana University and was a National Champion in the Men’s 1500m and was fourth at the 2012 Olympic Trials in the 1500m. After college, Bayer joined the Bowerman Track Club and developed into one the top Steeplechasers in the United States. He clocked the third fastest All time Men’s Steeplechase Performance for 2016. Bayer resides and trains in Bloomington, IN as a Nike sponsored runner.

Dan Huling was a collegiate runner for the Miami Redhawks has run for the Bowerman Track Club since 2012. Huling has one of the Top 10 US All-Time Performances in the steeplechase with a time of 8:13.29 in 2010 and competed in the 2012 and 2016 USA Olympic trials. Huling has achieved top finishes in USATF Outdoor Nationals in the Men’s Steeplechase and in 2015 was the Top US Finisher with a fifth place finish at IAAF World Championships Men’s 3000m Steeplechase.

For more information please contact Elizabeth Schloss, Fort Wayne Running Club secretary at 260-433-5655 or on the web site at: http://www.fortwaynerunningclub.org/.

Online Registration for the Banquet can be found at https://runsignup.com/Race/Events/IN/FortWayne/FortWayneRunningClubBanquet