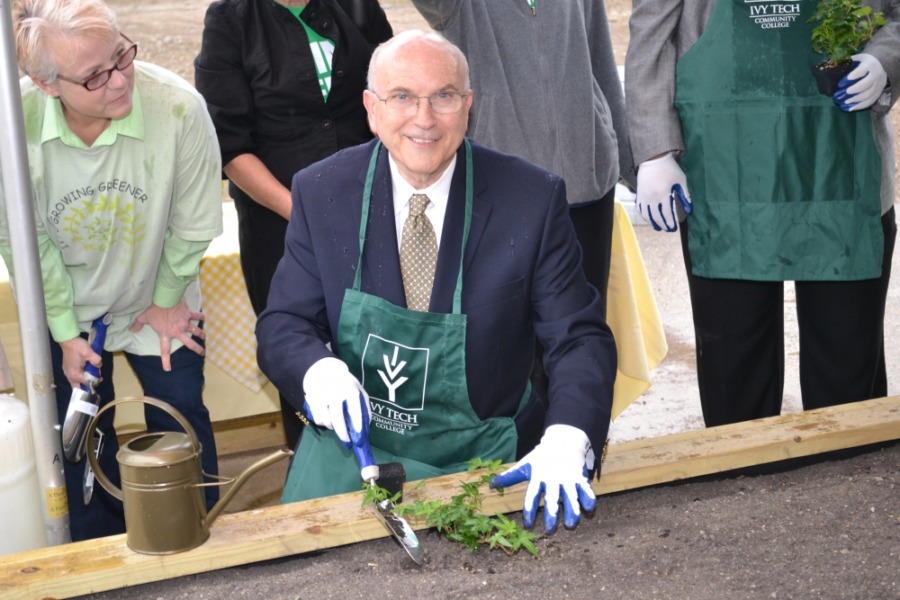 According to Sustainable Indiana 2016’s website, the organization’s mission is to discover, catalog and celebrate Hoosier-based climate solutions as a bicentennial legacy. Sustainable Indiana 2016 has been working for the past 10 years to identify those who are “taking steps to make the world a more livable place for our children’s children.”

Ivy Tech Northeast has been recognized for the Ivy Tech Community Garden on its North Campus. The College’s Green Team planned and developed the garden with the assistance of a number of employee volunteers and academic programs, such as building construction technology and early childhood education. The garden’s official dedication was April 25, 2012—aligned to coincide with Earth Week—and welcomed guests that included Indiana Sen. Dennis Kruse and representatives from the Fort Wayne mayor’s office and Sustainable Indiana 2016.

“We’re grateful to have been recognized for our efforts by Sustainable Indiana 2016,” says Ivy Tech Northeast Director of Facilities David Butler, who serves as the Green Team’s chair. “The community garden’s success can be traced not only to the enthusiasm of Ivy Tech Northeast faculty and staff who contributed to its development, but also those who have derived satisfaction from growing a variety of flowers and vegetables there the past few years.”

Ivy Tech Community College is the state’s largest public postsecondary institution and the nation’s largest singly accredited statewide community college system. Ivy Tech has campuses throughout Indiana. It serves as the state’s engine of workforce development, offering affordable degree programs and training that are aligned with the needs of its community along with courses and programs that transfer to other colleges and universities in Indiana. It is accredited by the Higher Learning Commission and a member of the North Central Association.