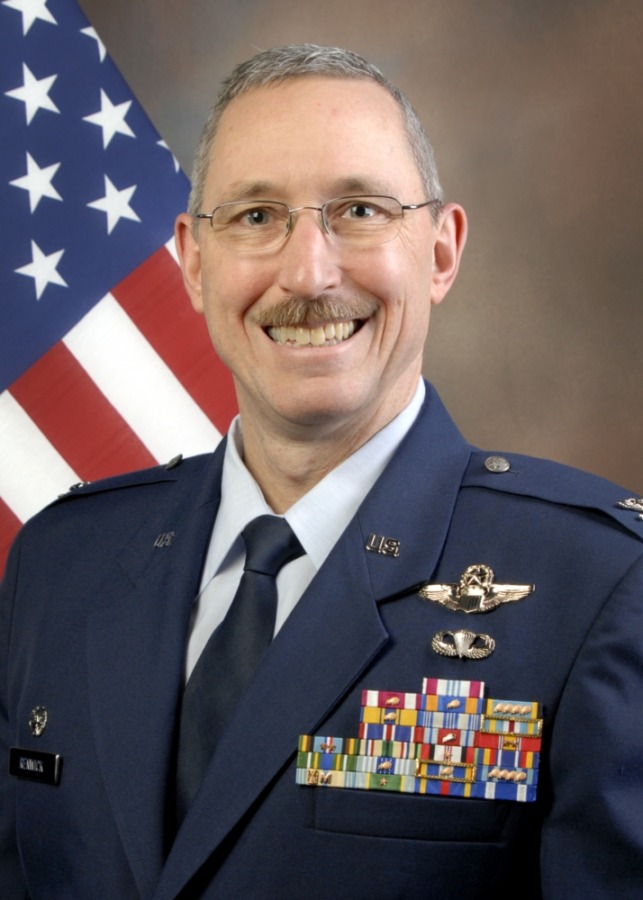 “I hope you can join us for this special breakfast meeting as we pay tribute to those who have served and are currently serving our country to protect our freedom,” stated Holly Sale, Foundation president.

Col. Patrick R. Renwick, Commander of the Indiana Air National Guard’s 122nd Fighter Wing, Fort Wayne, Indiana, will give an update on the guard’s mission, training, deployment, redeployment and overall readiness as the U.S. military continues to battle the global war on terrorism.

Col. Renwick began his military career in November 1988 with the United States Air Force when he was selected to attend Officer Training School at Medina Annex, Lackland AFB, Texas. He earned his commission of Second Lieutenant in March of 1989 and immediately attended Undergraduate Pilot Training at Vance Air Force Base, Oklahoma. Col. Renwick served as an A/OA-10 Forward Air Controller, Instructor Pilot, Combat Search and Rescue Pilot, Squadron and Group Scheduler, Chief of Standardization and Evaluation and Flight Safety Officer while on active duty. In 1998 he transitioned to the Indiana Air National Guard, 181st Fighter Wing, Terre Haute, Indiana, as an Assistant Flight Commander for the F-16C.

The Foundation breakfast is held on the second Wednesday of each month, October through May, and is open to the public. It will begin at 7:45 a.m. in the Habecker Dining Commons and conclude by 9:00 a.m. The cost of the breakfast is $10, a portion of which

will help support the Huntington County Grant. First-time attendees eat free courtesy of Bailey-Love Mortuary. Foundation breakfasts occur on the second Wednesday of the month, October through May. For more information or to RSVP, contact Barb Baker at (260) 359-4069 or