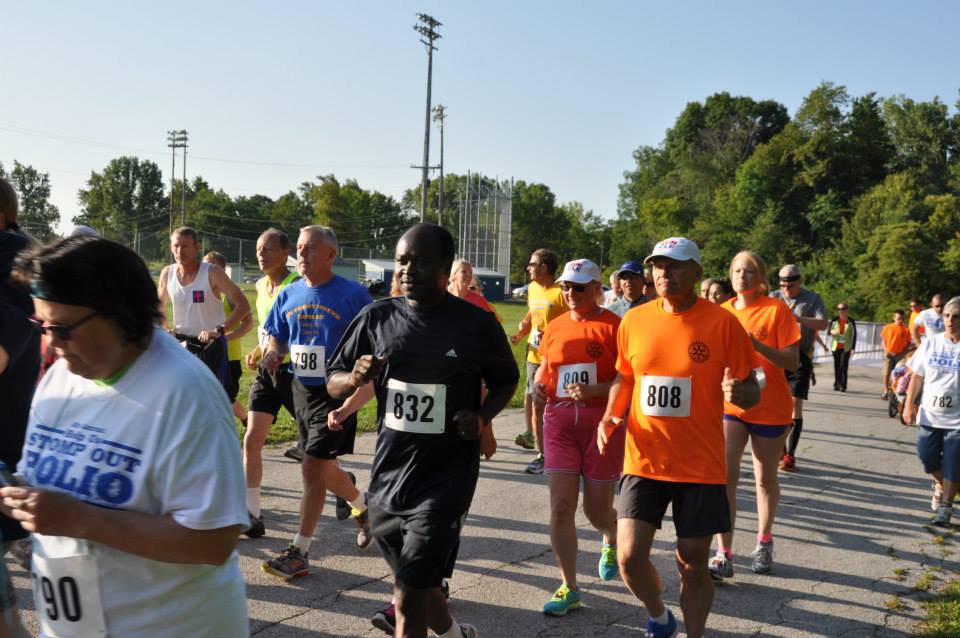 Anthony Wayne Rotary and Fort Wayne Rotary will host the 8th Annual 5K Run / Walk to Eradicate Polio on Saturday, August 20, 2016, at Shoaff Park in Fort Wayne. Polio is a preventable disease that permanently cripples its victims, mostly children. To raise awareness and funds to fight polio, this event will raise money for Rotary International, the volunteer fundraising arm of the Global Polio Eradication Initiative — a public-private partnership that also includes the World Health Organization, the U.S. Centers for Disease Control and Prevention, UNICEF and the Bill & Melinda Gates Foundation.

The cost to participate is $30 per person. All proceeds raised go to fight polio and will be matched two-for-one by the Bill and Melinda Gates Foundation. Registration begins at 7:00 a.m. and walk-in registrations are welcome. A Kids’ Mile Fun Run will begin at 8:00 a.m. The 5K Run /Walk to Eradicate Polio begins at 8:30 a.m.

Rotary International, a humanitarian service organization with nearly 34,000 clubs in more than 200 countries, made polio eradication its top priority over 30 years ago. In 1985, when Rotary International became involved in the fight against polio there were over 387,000 cases recorded in the world, in 2014, there were 370 polio cases confirmed, in 2015, there were 74 cases, and year to date 2016, there have been only 19 cases confirmed. The organization has contributed over $1.5 billion, and its members have logged countless volunteer hours to help immunize more than 2.5 billion children in 122 countries. Over the years, 2.5 billion children have been immunized against polio. Over one million Rotary members have donated their time and personal resources in the fight against polio. Rotary members work side-by-side with health workers in polio-affected countries to vaccinate children.

Currently, 99 percent of the world’s population lives in areas that are certified as being polio-free, and the goal of eradication is closer than ever. The 5K Run / Walk to Eradicate Polio comes at an important time in the fight to eradicate polio, which would be only the second human disease to be eliminated completely. Case numbers of the disease have never been lower, and today only two countries (Afghanistan and Pakistan) remain endemic. However, a funding gap means immunization campaigns are being cut in high-risk countries, leaving children more vulnerable to polio. If polio is not stopped now, the disease could stage a comeback, affecting an estimated 200,000 children every year.

A highly infectious disease, polio still strikes children mainly under the age of 5. Polio can cause paralysis and sometimes death. There is no cure, but for about 60 cents worth of oral vaccine, a child can be protected from the disease for life. Please plan to join us at the 8th annual 5K Run / Walk to Eradicate Polio on August, 20th.

For more information on the progress against polio, visit www.endpolionow.org.

Anthony Wayne Rotary is comprised of distinguished servant leaders, who join to be a part of Rotary International with the other 1.2 million members of more than 34,000 Rotary clubs in over 200 countries and geographical areas. Rotary, the world’s first service club organization brings together a global network of volunteer leaders dedicated to tackling the world’s most pressing humanitarian challengers. Rotary club members, through active club membership, work locally, regionally, and internationally, impacting lives at all levels, from helping families in need in their own communities to working toward a polio free world, and especially working to eradicate polio worldwide under the motto “Service Above Self.”