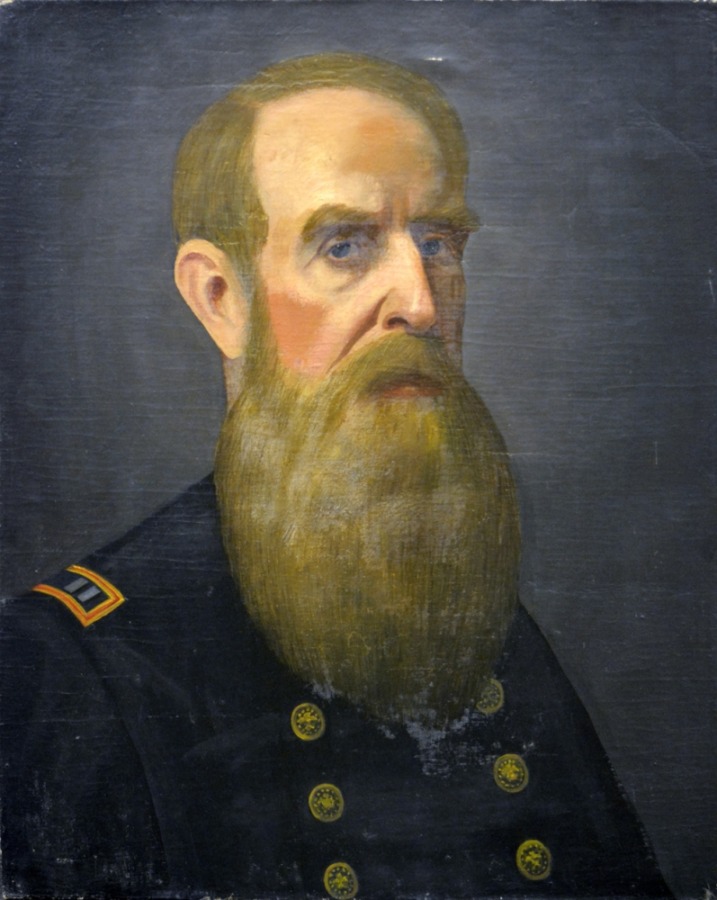 The Fort Wayne Museum of Art is proud to showcase an exhibit of 19th century artist Alexander Lawrie, active in Indiana from 1881 until his death in 1917. Lawrie’s legacy includes portraits of prominent figures in Indiana history, especially Civil War generals. A key partnership of this project is with the Indiana Veteran’s Home in West Lafayette, which has housed 167 Lawrie works since 1917.

Alexander Lawrie was a soldier in the Civil War as well as a scholar and artist. His initial career was as a wood engraver at age 16, and later he painted Civil War era landscapes in the style of the Hudson River School. Lawrie was trained in Paris, Dusseldorf, and Florence in the 1850s, and after returning to the United States in 1857, he enrolled at the Pennsylvania Academy of Fine Arts.

While Lawrie was at the Academy, his parents moved to White County, Indiana. In 1861, Lawrie enlisted in the 17th Regiment Pennsylvania Volunteer Infantry, but was discharged in 1863 after an extensive illness. In 1868, he was accepted into the National Academy of Design, and he opened a studio in New York where his work was inspired by the landscapes of the Hudson River. Lawrie enjoyed artistic success through solo and group exhibitions for his award-winning work until around 1876. Lawrie moved to Indiana in 1881 because there was little work available on the east coast.

He left Indiana in 1887 to pursue work around the country, returned to Indiana in 1895, and moved to the State Soldier’s Home in Lafayette in 1902. For the next 15 years, Lawrie created an astounding 153 portraits of military figures, notable individuals, and self-portraits. The military figures in this exhibition are nearly all Union generals, many of whom had ties to Indiana and held positions as community leaders or state government officials. Upon his death in 1917, Lawrie bequeathed 167 paintings to the Soldier’s home, the collection held by the State of Indiana since that time.

A public lecture on this exhibit will be presented by Dr. Elizabeth Kuebler-Wolf on June 14 at 6:30pm. Wolf is Associate Professor of Art History at the University of Saint Francis in Fort Wayne. Admission to the lecture is free with regular museum admission. For more information, visit www.fwmoa.org.
This activity is a signature project of the Indiana Bicentennial Commission, and is made possible, in part, with support from the Indiana Arts Commission.