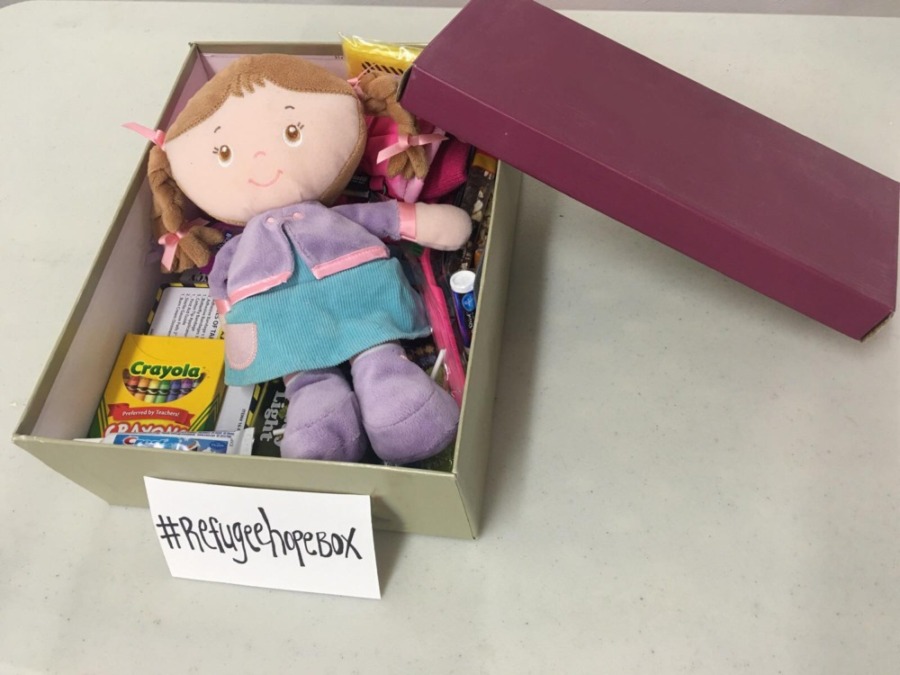 For her Girl Scout Bronze Award project, 10-year-old Molly Hopper was asked to think about a community that she’d like to benefit. Her parents gave her lots of options and ideas—bringing up area homeless people, animal shelters, senior citizens, etc., but ultimately expected her to come up with a bake sale or something simple.

Contrarily, she did just the opposite. After seeing some of what is happening overseas on the news, she was really touched by the struggle of families just like hers whose lives have been ruined by war. She decided that she was going to find a way to help homeless Syrian refugees.

“I know that if my family was going through that (war), I’d wish someone would help us,” Molly explained. “We should help other humans, not hurt them.”

What initially began as a blanket drive to send blankets overseas, has turned into a movement of hope, with Molly reaching out to Operation Refugee Child (www.operationrefugeechild.org), to participate in their Hope Box program, sending goodies and necessities to the children of refugees, to help dull the effects of being homeless and traveling, or living in a refugee camp.

With the support of her school, Kennedy Primary Academy, principal, teacher, and student body, Molly has been receiving donations and has begun assembling 20 Hope Boxes, almost a third of the way to reach her goal of 65, to be sent to Organization Refugee Child, in California, before reaching their final destination in Greece.

Molly’s teacher, Ms. Gavin, hopes that others in her class take something away from Molly’s story. “I feel like kids often think that they have to wait on adults — or wait to be adults — to change the world. You don’t have to wait, you can be the change. You just have to act. Molly is an example of what you can accomplish when you set your mind to something and take action on your ideas,” expressed Gavin.

Molly’s efforts have already received attention from the U.S. Department of State’s Public Diplomacy Desk for Lebanon, Syria, and Jordan.