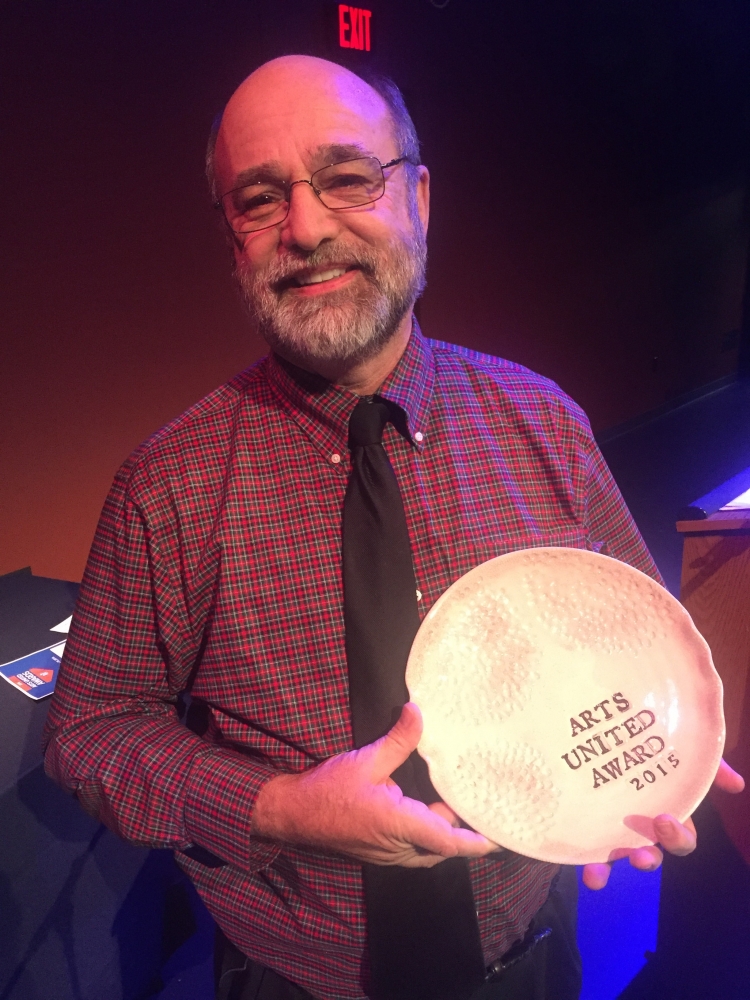 Rick Cartwright, dean of the University of Saint Francis School of Creative Arts, was awarded the Margaret Ann Keegan Award at the 2015 Arts United Awards on January 19.

The award recognizes individuals who have made a significant contribution to furthering arts education in northeast Indiana. It is intended to encourage continued development of arts education programs, to increase collaborative efforts between educators and arts organizations, and to increase awareness of the importance of the arts in education.

Rick Cartwright began his professorship at the University of Saint Francis 40 years ago in 1975 and has been the dean of the School of Creative Arts since 2004. He has been instrumental in creating many USF degree programs and raising funding for the Mimi and Ian Rolland Center, and played an important role in the purchase of the Scottish Rite Center, now the USF Robert Goldstine Performing Arts Center in downtown Fort Wayne.

Founded in 1890 as a comprehensive university in the Catholic Franciscan tradition, USF offers more than 80 undergraduate and graduate programs through the School of Health Sciences, School of Liberal Arts and Sciences, Keith Busse School of Business and Entrepreneurial Leadership and School of Creative Arts. In addition to its traditional programs, the university designs focused curricula for working adults in Fort Wayne, Crown Point and online. The university will open a Downtown Fort Wayne Campus in the fall of 2016 that will feature business, entrepreneurship and music technology programs. Approximately 2,300 students from a broad geographic region currently attend USF for its academic excellence.