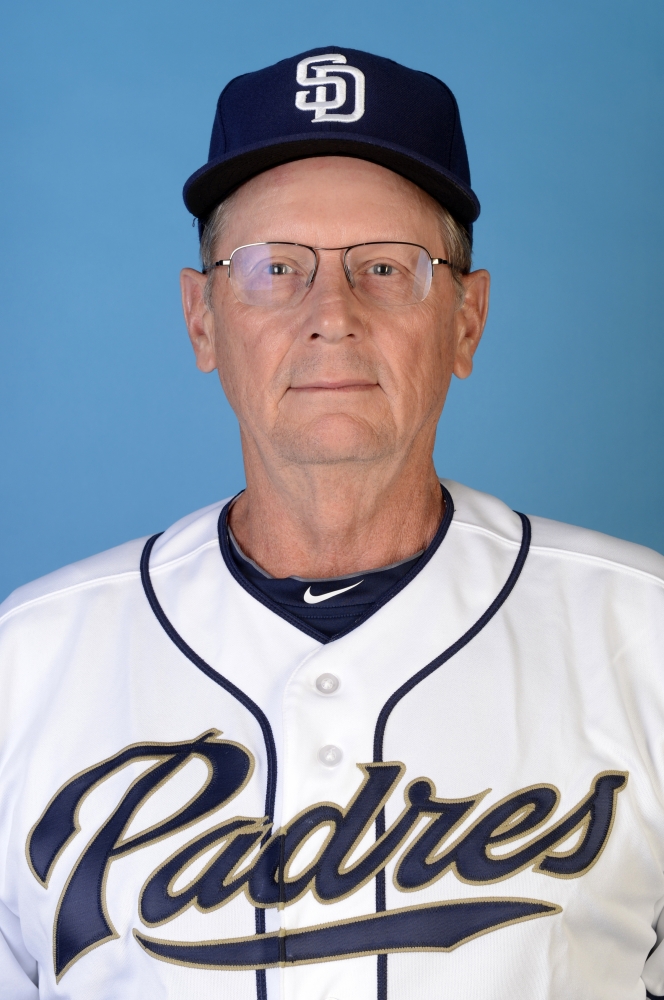 TheSan Diego Padres announced the Fort Wayne TinCaps’ coaching staff for the 2016 season on Thursday afternoon. Anthony Contreras, who played for the Fort Wayne Wizards in 2008, will join the club as the 18th manager in franchise history. Meanwhile, Burt Hooton is set to return as pitching coach for a fourth consecutive year and Lance Burkhart is back for a second straight season as hitting coach.

The Padres also have assigned Raul Padron as an additional coach on the staff. Mitch Mattoon is coming aboard as the team’s new athletic trainer and Drew Heithoff will join the crew as the strength and conditioning coach.

“I’m extremely excited to have the opportunity to lead this year’s TinCaps team,” Contreras said. “We have a great staff all around who are not only tremendous baseball minds, but most importantly, great people. I’m looking forward to not only working with my staff, but everyone involved with the TinCaps to provide great baseball in Fort Wayne and help these young men reach their goal of making it to the Major Leagues.”

Contreras, 32, comes to Fort Wayne after managing the Padres’ Short-Season A affiliate, the Tri-City Dust Devils (Northwest League), in 2015. Contreras led Tri-City to a 42-34 record, a division title, and a run to the Northwest League Finals. That success came after he made his professional managerial debut in 2014 with the Rookie-level Peoria Padres (Arizona League).

Contreras, who grew up in San José, California, played collegiately for four years at San José State (2002-05). With the Spartans, he set a school record as a senior with a 32-game hitting streak, while also garnering First Team All-Western Athletic Conference honors and winning his team’s MVP, leadership, and coaches’ awards.

The San Francisco Giants selected Contreras in the ninth round of the 2005 First-Year Player Draft. Over nine years in Minor League Baseball that peaked in Triple-A, he sported a .257 batting average and .292 on-base percentage. He hit 22 home runs and drove in 281 runs. Contreras played six different positions over the course of his career, but was primarily a middle infielder. He played in San Diego’s organization from June 2008-August 2013.

With the Wizards, Contreras had one of the best statistical stretches of his career. In 36 second-half games, he played second base, third, and shortstop, and batted .304 with seven doubles, a triple, and a homer.

Coincidentally, Contreras concluded his playing career in August and September of ’13 with the Lancaster Barnstormers of the independent Atlantic League. Who was his hitting coach there? Lance Burkhart.

Burkhart, 41, helped guide the TinCaps to an Eastern Division title and the Midwest League Playoffs in 2015. He joined the Padres last year after managing the Southern Maryland Blue Crabs of the Atlantic League in 2014. In his playing days, Burkhart was a catcher who spent eight years in Minor League Baseball, making it up to Triple-A.

Selected by the Expos in the 15th round of the ’97 Draft out of Missouri State University, Burkhart also played in the Brewers, Rangers, and Orioles organizations through 2004. Along the way, the Missouri native played in the Midwest League in 2000 with the Beloit Snappers, and briefly with the Clinton LumberKings in 2003. Burkhart spent four years with Lancaster before concluding his playing career with Southern Maryland in 2009. He then returned to Lancaster as a hitting coach from 2010-13.

Hooton, 65, is entering his 41st year in professional baseball. Among a laundry list of accomplishments, in 2013, “Hoot” helped the TinCaps’ Zach Eflin post the lowest ERA in the Midwest League. In 2014, the Texan aided Kyle Lloyd in leading the league in strikeouts. And under his watch last year, the TinCaps posted the lowest team ERA (3.35) in the division.

Not only did Hooton pitch in the big leagues for the Cubs, Dodgers, and Rangers from 1971-85, he also has experience as a Major League pitching coach with the Astros from 2000-04. In all, Hooton has 20 years of experience as an MiLB pitching coach, plus three seasons (1997-99) guiding the pitchers at his alma mater, the University of Texas at Austin.

From his playing days, Hooton is best known for throwing a devastating knuckle curve, as well as for throwing a no-hitter with the Cubs as a 22-year-old rookie in ’72. In 1981, Hooton was a National League All-Star for the Dodgers. That year he also was named MVP of the National League Championship Series as L.A. went on to win the World Series. Hooton won 151 games in his career, not counting six postseason wins (three of which came in the World Series).

“I’m really excited to work with Anthony Contreras and this staff,” TinCaps President Mike Nutter said. “I remember Anthony when he was in Fort Wayne as a very intelligent player who played the game the right way with respect, hard work, and passion. We’re also fortunate to welcome back Burt and Lance as both great friends and great coaches. Raul, Mitch, and Drew are exciting additions, too.”

Francisco Morales, who managed the TinCaps in 2015, has been promoted by the Padres to have the same position with the Advanced-A Lake Elsinore Storm (California League). Ricky Huerta, who served as Fort Wayne’s athletic trainer the past three years, also received the call up to Lake Elsinore.

“We wish the best to Mo and Ricky as they move up the chain with the Padres,” Nutter said. “Mo did an amazing job here and was a pleasure to work with every single day thanks to his positive vibe and energy. Ricky has been an asset behind the scenes and will be missed as well. It’ll be great to watch them rise through the ranks and get to the big leagues.”

The 2016 season begins for Contreras and company on the road, Thursday, April 7, against the Lake County Captains (Cleveland Indians). Opening Day at Parkview Field is Saturday, April 9 at 6:05 pm when the TinCaps host Lake County.