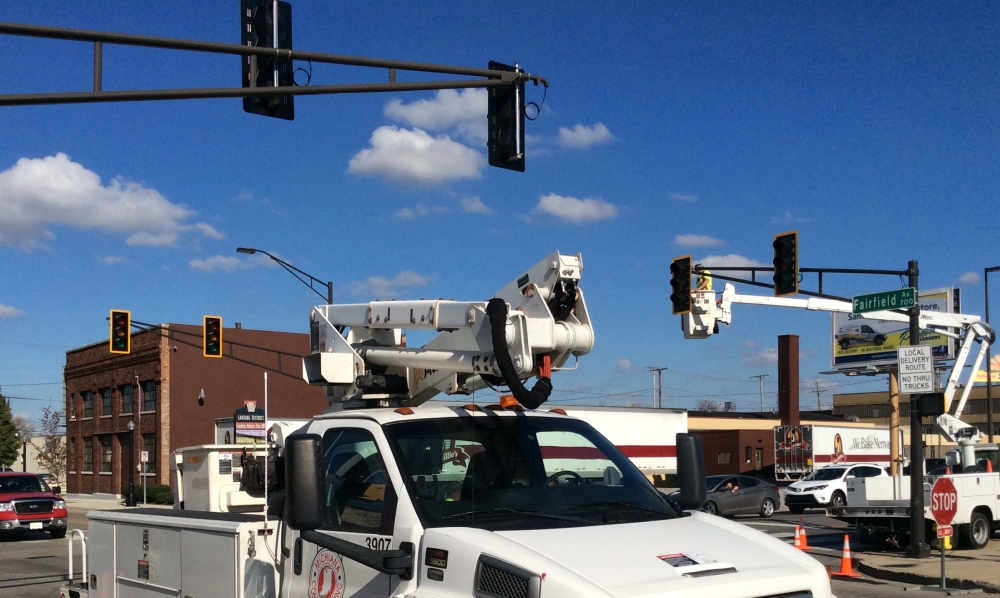 You may have noticed new traffic signals with a black backgrounds popping up this week in Fort Wayne. 3,000 traffic signal heads at 320 intersections in Fort Wayne, New Haven and throughout Allen County will have the new look, which makes the lights easier to see against the black background, during a bright sunny day. The new LED lighting fixtures are replacing existing LEDs that are at the end of their lifespan. The lights are the new safety standard from the Federal Highway Administration (FHWA).

Both Allen County and the City of New Haven contract with the City of Fort Wayne for their traffic signal maintenance. Fort Wayne applied for and received $2.03 million from the US Highway Safety Improvement Program (HSIP) to cover the cost of the new lights.

“In the Public Works Division, we are constantly making infrastructure improvements people see and feel when they drive. Most of us notice a freshly paved road or a new sidewalk, but a big part of what we do is about making our streets and sidewalks safer. We are pleased that we have received this funding to improve conditions for Fort Wayne and beyond,” said Shan Gunawardena, City Engineer, Public Works Division, City of Fort Wayne.

The project involves adding a reflective back plate to all traffic signal heads for better visibility, as well as replacing all existing yellow signal heads with new black LED heads. The old heads were installed in the early 2000s and are currently reaching the end of their useful life. The new LED indications are expected to be good for 15 years.

Michiana Contracting, Inc, will be working throughout the County to install the lights and the work to replace the signals at 320 intersections is expected to run through the end of next year.