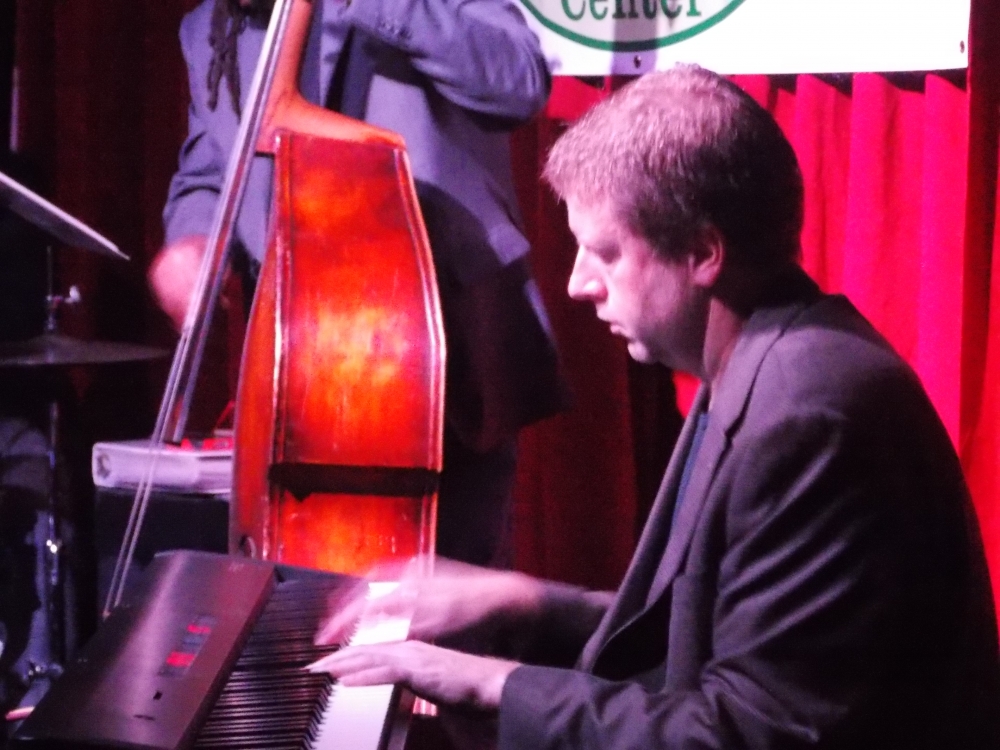 An Evening of both traditional carols and newer favorites highlights this year’s annual Cottage Event Center concert fundraiser for the Marine Corps League TOYAS FOR TOTS program. The event features popular vocalist Shannon Persinger backed again by The Eric Clancy Trio. The concert, scheduled for Friday, December 4th, begins at 7:30 PM at the Roanoke venue on US 24.

Singer Shannon Persinger regularly performs a variety of music ranging from Jazz to the hits of Country icon Patsy Cline throughout the Fort Wayne area. She is formerly known to Northeast Indiana audiences as part of the duo SHADE N SHANNON, as a frequent vocalist at The Chapel in Fort Wayne, and has sung for the Fort Wayne’s annual Christmas Tree lighting ceremony. Her four previous appearances at The Cottage Event Center have all sold out.

Keyboardist Eric Clancy, a former adjunct Professor of Jazz Theory at Huntington University, has been a professional musician since the 1990’s. Besides performing, Clancy teaches piano at the Sweetwater Academy in Fort Wayne. He has been featured several times at Jeff Fest in Huntington, is a frequent artist at area jazz venues including Club Soda, and was featured at this year’s Three Rivers Festival accompanying national R & B recording artist Ty Causey. Besides Clancy, the trio will include Michael Patterson on Bass and Mark Vincenti on Drums.

Tickets are ten dollars each and may be purchased by phone by calling 260-483-3508 or with PayPal at cottageeventcenter.com. Doors open at 6:30 with the show beginning at 7:30. Pasta, salad, garlic bread and desserts will be available for purchase from 1024 Catering of Huntington. A cash bar will also be available. The event is sponsored by Bippus State Bank of Huntington, Roanoke State Farm Agent Lena Massie, and by ReMax Realtor Karen McFarren.

The TOYS FOR TOTS program began in 1947 in Los Angeles when Major Bill Hendricks collected and distributed five thousand toys to California youngsters. The 501 (c)(3) tax exempt organization has been supported over the years by such notable celebrities as John Wayne, Bob Hope, Johnny Carson, Tim Allen, Garth Brooks and Kenny Rogers and has to date delivered over 486 million toys. It is expected that the group will distribute toys to over 13 million children nationwide this year. More information may be obtained on the TOYS FOR TOTS website www.toysfortots.org.

The Cottage Event Center is located at 9524 US 24 N (at Locust) in Roanoke. The venue is owned and operated by Hamilton Hospitality Group LLC.