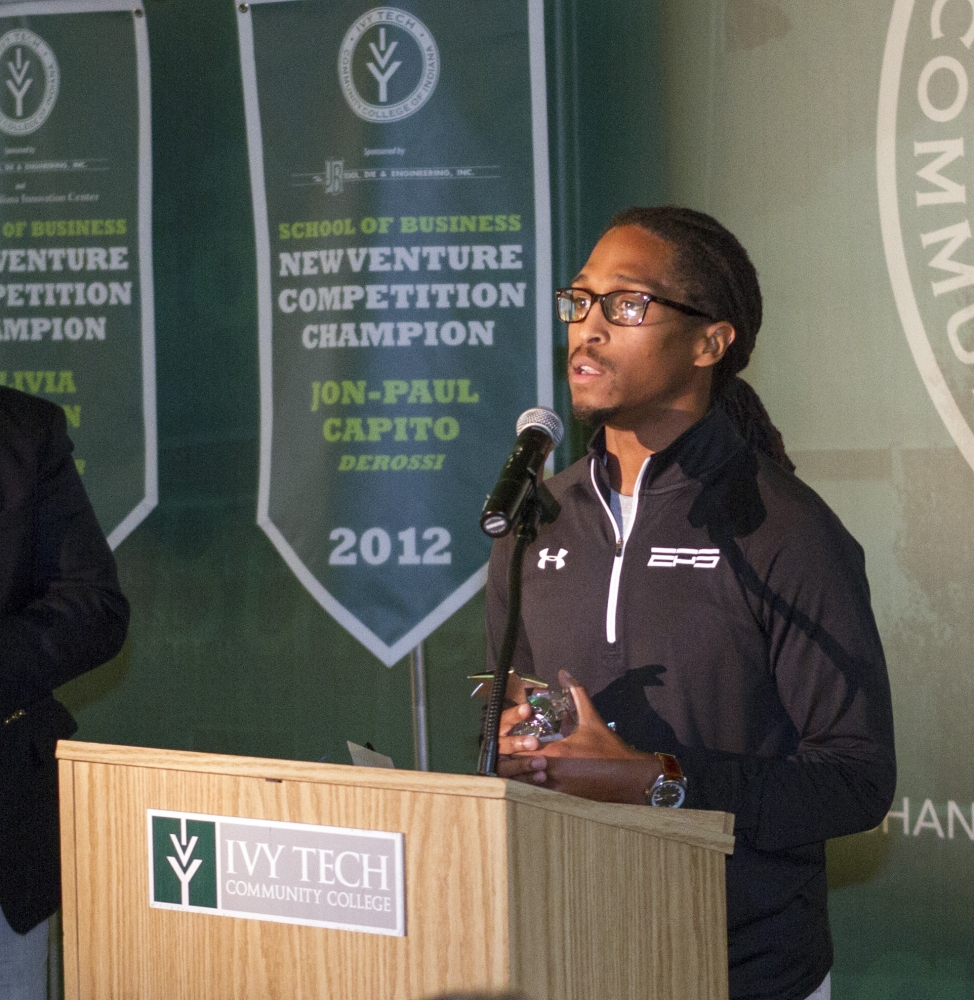 Elite Performance Scouting works with high school athletes to create video, photography, and online profiles to promote them to college scouts. Williams also runs combines, which allows athletes to show and build their skills for scouts.

Williams first entered the competition in 2013 but was not one of the three finalists. When he ran into the New Venture coordinator, Jim Tolbert, earlier this year, Tolbert asked if Williams’ logo gear was for the same company he had in 2013.

“He said, ‘You need to do this again,’” Williams says. “Before, I was out there, but I had no idea what was going on. I just had a great idea. (This time) I was prepared. I didn’t just have a good idea. I had material behind it.”

Williams, an alum of Ivy Tech Northeast, also has a bachelor’s degree from Trine University.

Williams and two other finalists—Guadalupe Callejas, of The Metro Striping & Stenciling company; and Shalonda “Pinky” Saunders, of Sew Pinky—gave 15-minute presentations to the room of judges, made up of more than 50 local business people and entrepreneurs. After the finalists’ presentations, judges were allowed an additional 15 minutes for a question-and-answer session. The judges had been provided the contestants’ business plans prior to the event.

Watch a short video for Williams’ business—and for Saunders’ and Callejas’—at YouTube.com/user/ivytechnortheast. Choose “New Venture Competition” under “Playlists by ivytechnortheast.”

In its fifth year, the New Venture Competition’s presenting sponsor was Dave and Mary Bear of JB Tool, Die & Engineering Inc., and was also made possible through a grant from the Edward M. and Mary McCrea Wilson Foundation. The awards dinner sponsor was ProFed Federal Credit Union, and the competition was in collaboration with Fort Wayne SCORE.