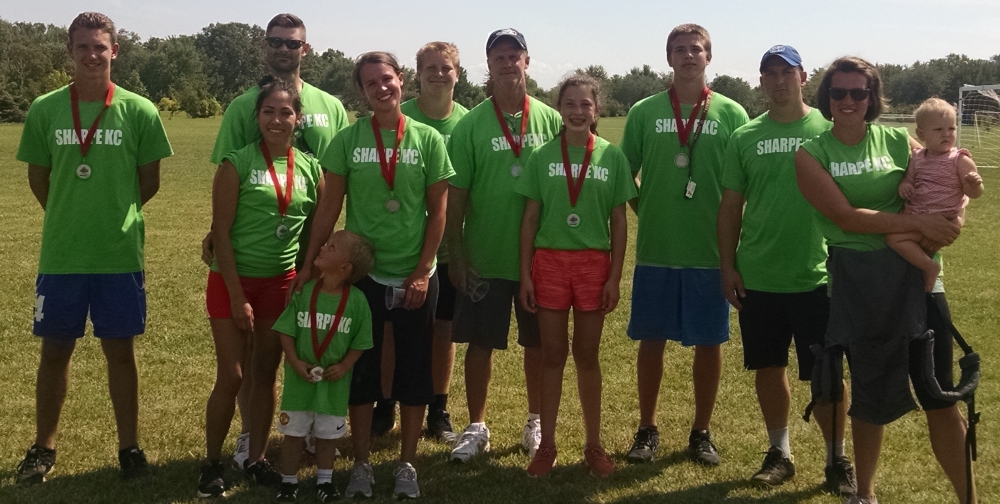 The 4th annual Fort Wayne Sport Club Charity Kickball Tournament Fundraiser to benefit Turnstone and TOPSoccer finally took place at Indian Trails Park, 10300 Aboite Center Road, Fort Wayne on Saturday, August 15th. $3,000 in proceeds from the tournament will benefit Turnstone while another $700 raised by the event will benefit TOPSoccer. Twenty teams were originally scheduled to compete in the tournament on June 27th, but inclement weather on that day lead to postponing the event and scheduling the August 15th make-up date. Sixteen teams competed in the make-up date tournament in both round-robin group and playoff play. Semi-Final teams included Komets, Praus Crossfit, Sharpe KC and Fort Wayne Sport & Social Club. The Komets went on to beat Sharpe KC in the Final game for the tournament victory.

Turnstone’s mission is to provide therapeutic, educational, wellness and recreational programs to empower people with disabilities. As the only not-for-profit organization within northeast Indiana that provides a full range of rehabilitative, educational, wellness, athletic and recreational programs and facilities to persons with physical disabilities and their families, Turnstone is creating possibilities.

TOPSoccer is The Outreach Program for Soccer from US Youth Soccer. It is specifically designed to allow children with special needs to participate in sport of soccer. Any child with a special need can participate. The coaching staff consists of US Youth Soccer licensed coaches and volunteers from the Sport Club’s own soccer programs. There has been an instructor-to-child ratio of 1-to-1 in the past.