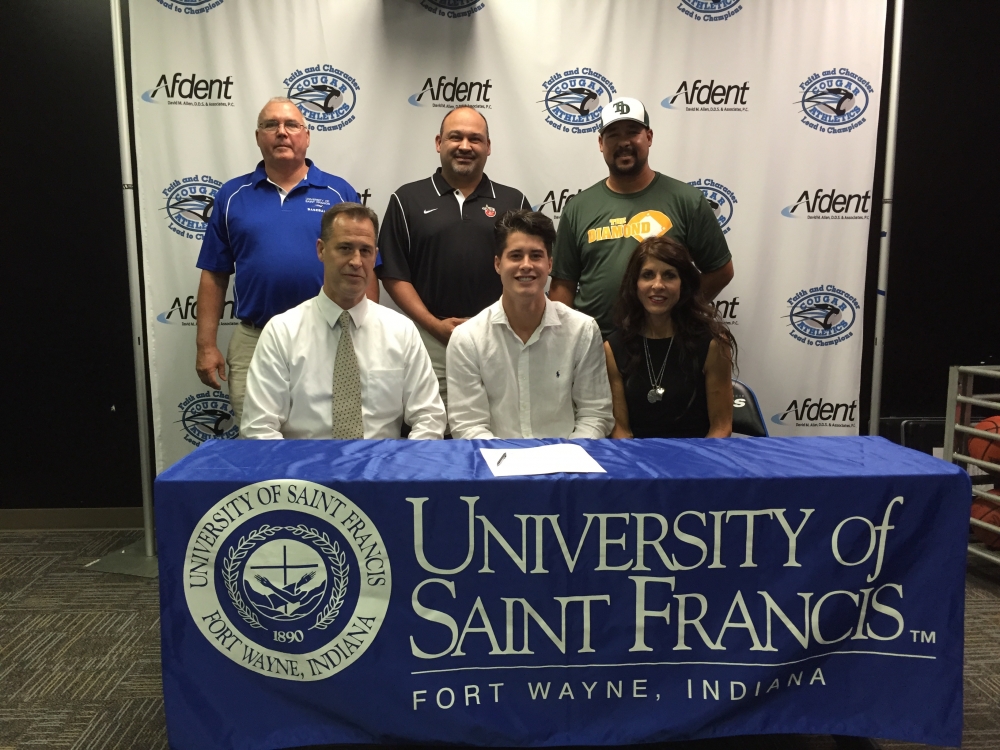 Homestead High School graduate Joe Ault is coming back home to continue his baseball career and education at the University of Saint Francis.

The 6-foot-4 former Spartans right-handed pitcher made it official on Friday afternoon at Hutzell Athletic Center surrounded by friends and family during the signing ceremony at HAC. The son of Bill and Lynn Ault was also joined by his brother Tom, who flew back from New York City.

“We are very pleased Joe has decided to join our program and university after a year at Parkland Junior College,” USF Head Coach Greg Roberts said. “He’s an excellent addition to our staff. He’s got an excellent fastball that moves and his off-speed pitches move well, too. He’s athletic and perhaps most important, he’s a competitor.”

Ault, who also played shortstop at HHS, will have four years of eligibility left since he red-shirted in his first season at Parkland. He did not play his senior year at Homestead under head coach Steve Sotir after sustaining a shoulder injury playing in the basketball regional for the Spartans. Ault was a varsity letter-winner in baseball, football and basketball at HHS. He also honed his pitching skills under the guidance of Javier DeJesus and Manny Lopez with The Diamond baseball and softball academy. He played travel baseball with the Fort Wayne Cubs and Diamondbacks.

“I played summer ball this season with some of the USF players and just felt good playing with the guys on the team,” Ault said. “I really like the coaches, too, so it felt like a good fit. USF also has an excellent reputation academically and I will continue to pursue a degree in business.”