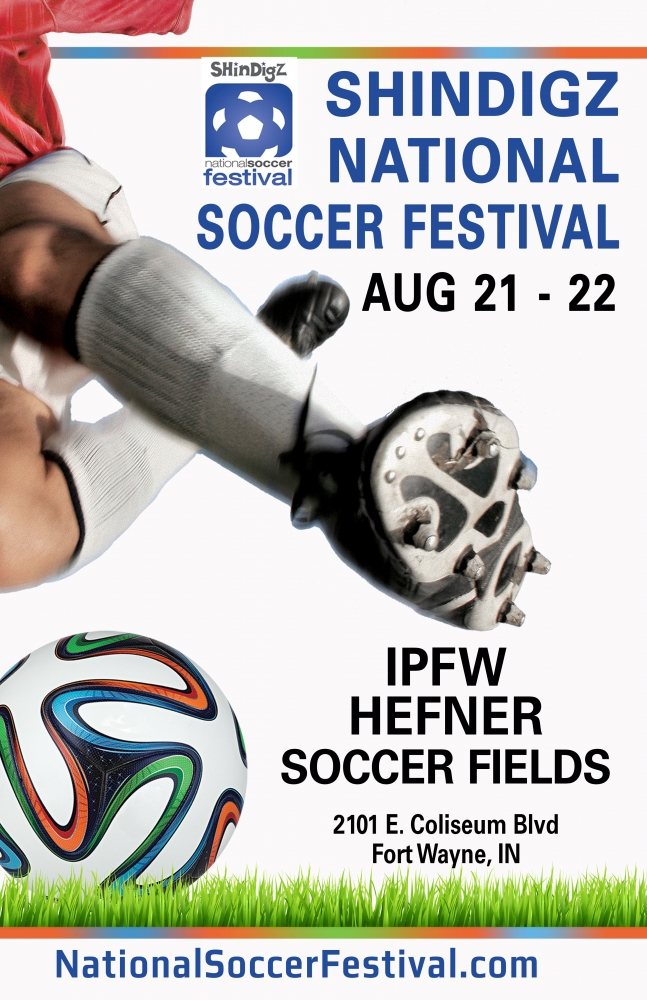 The Shindigz National Soccer Festival will once again return to the Hefner Soccer Complex on the campus of IPFW on Friday and Saturday, August 21st & 22nd. Several top-notch high school and collegiate teams will participate in the Shindigz National Soccer Festival. Full schedules are now available online at www.NationalSoccerFestival.com . Advance discount tickets can now be purchased at Fort Wayne-area Connolly’s Do It Best Hardware locations and Soccer Plus. As in years past, tickets can also be purchased at the gate on the days of the event.

Adam Strack will once again be an integral part of the Shindigz National Soccer Festival Beer Tent, performing on Friday, August 21st. Strack is a Fort Wayne native who has played guitar and performed locally for more than 20 years. He covers a variety of music ranging from Jack Johnson, Dave Matthews, Bob Marley, the Rolling Stones to Jason Mraz and Phish. Strack‘s unique form of rhythmic acoustic guitar and vocals brings an upbeat, yet relaxing ambiance to attendees of the Festival in the Beer Tent.

What began in 2000 has now become the nationally known phenomenon of the Shindigz National Soccer Festival. What was merely a soccer event has now turned into a full-fledged, grass roots community supported soccer celebration. Corporations, foundations and personal donations are the backbone of the festival. The beneficiaries of the event are the city of Fort Wayne for the national recognition it receives; the area youth for the hands-on interaction with the soccer players and coaches from national major universities; the local businesses of northeast Indiana, for the added commerce brought to the region; the area universities, for the added exposure and the average Fort Wayne citizen who knows nothing about the game, but loves to have fun in a family oriented atmosphere.