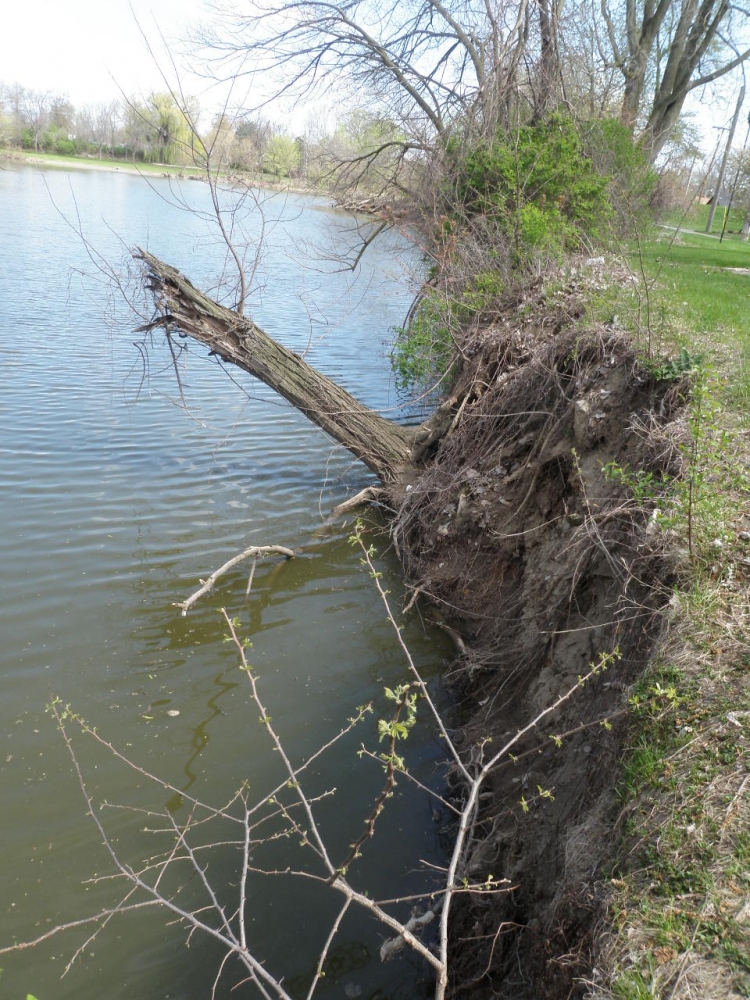 Fort Wayne Mayor Tom Henry today announced that the Indiana Department of Natural Resources (IDNR) has awarded the City of Fort Wayne $32,000 for riverbank stabilization and restoration along the St. Marys River.

“We continue to make great progress in our riverfront development work,” said Mayor Henry. “This is another step forward in our efforts to revitalize our downtown riverfront and make it a destination for both residents and visitors.”

The $32,000 will be matched with $8,000 in Legacy funds for a total project cost of approximately $40,000. The money will be used to stabilize the riverbank in areas where significant erosion is occurring. Large rocks and trees will be added to help prevent erosion and restore habitat. (See attached photos for examples of erosion.)

The exact locations for the work will be selected as part of creating a Request for Proposals (RFP). The City expects to release the RFP in late August for the work; construction could begin in mid-October.

Fort Wayne’s grant is part of $1.3 million awarded through the Lake and River Enhancement (LARE) program in the DNR Division of Fish & Wildlife.