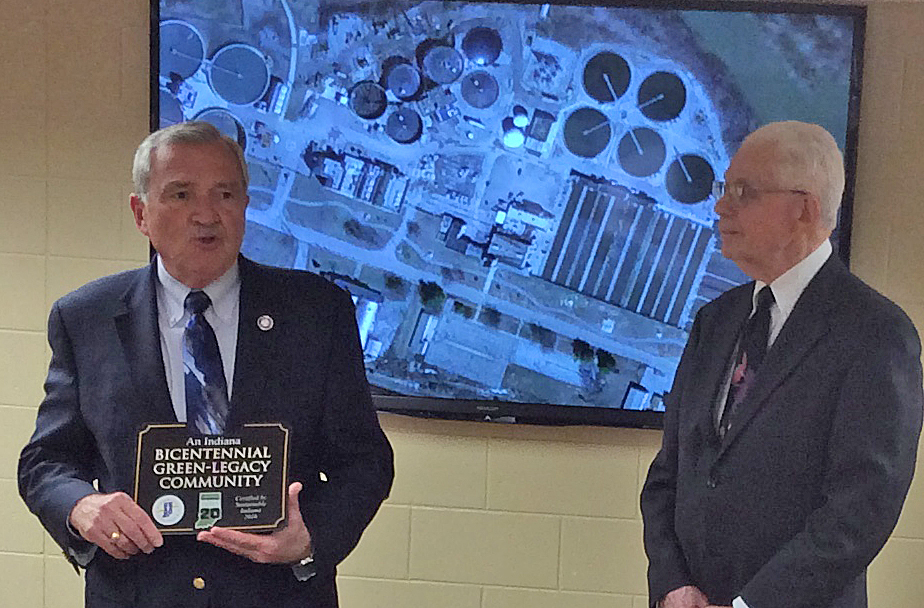 The organization is honoring communities that are moving forward with sustainable practices and that are model cities when it comes to green initiatives.

"I continue to be encouraged by the positive momentum and investments we’re seeing throughout all of Fort Wayne," said Mayor Henry. "We’re honored to be recognized for the efforts of our City employees who are committed to sustainability initiatives that lead to providing excellent services to residents and businesses. As we engage, innovate, and perform, we’re building a better City that’s efficient and effective at meeting the needs of our community in a proactive manner."

Mayor Henry’s commitment to Green Initiatives has touched many areas in the community, from the giving away of free CFL lightbulbs, to changing traffic signals to energy efficient LED lighting, to increasing residential recycling from 34 percent to 83 percent in 5 years, to improvements being made to our sewer system to protect our rivers, to greening our fleet of more than 2,000 vehicles – a feat that has received international attention.

“Fort Wayne has done a great job of moving forward with initiatives to protect the environment. Mayor Henry and the residents of Fort Wayne deserve a big round of applause for all that has been accomplished so far. It’s clear there is a commitment to protecting our environment and that Fort Wayne will continue to lead, creating a better quality of life for residents today and in the future, ” said R. John Gibson, the State Coordinator for Sustainable Indiana 2016.

The City Utilities project presented to the students, turns sewage and restaurant grease into fuel that will power portions of the City’s Water Pollution Control Plant. It’s believed that enough methane created by this process will be captured and turned into fuel to help power 1/4 of the plant by the end of this year. Future plans are to make the plant self-supporting with captured and reused energy.

The Bicentennial Green Legacy Community Award is an official recognition of leadership in sustainability efforts by a community, given by Sustainable Indiana 2016 as part of its mission to celebrate Hoosier-grown solutions to climate change. The Award honors a community not only for steps taken to protect its environment by generating less waste and using energy and products more efficiently, but also embracing a mission to foster healthy people and vibrant, connected communities. The City of Fort Wayne joins eight other communities in Indiana in this award family – all of which are designated leaders who will keep creating positive examples in all aspects of community life, from which other Hoosiers may be inspired.