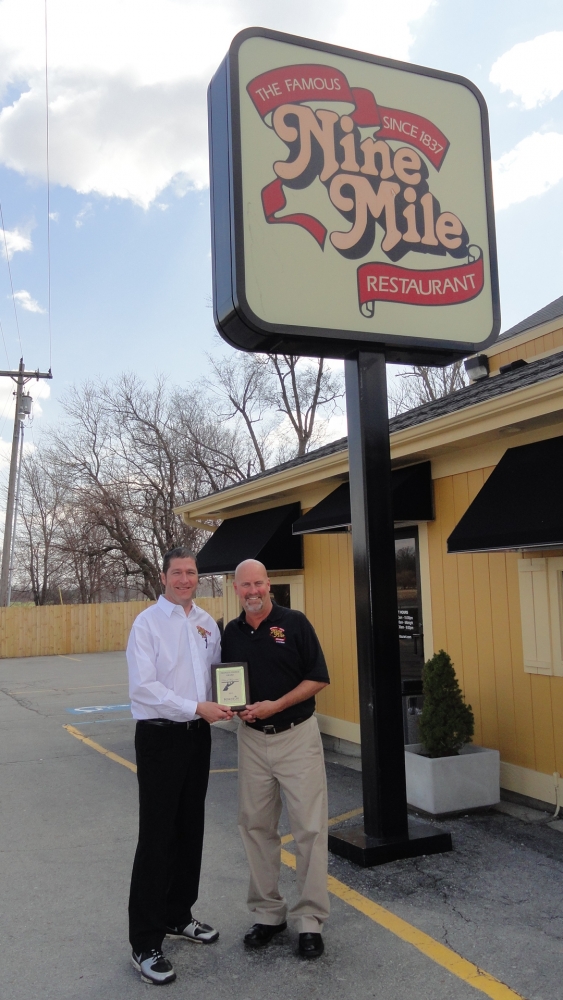 Kingston Residence sponsored their 7th Annual Taste of Waynedale on Tuesday, March 24th. Mount Calvary Lutheran Church on Reservation Drive again proved to be the perfect setting for a new record-setting 700 people to enjoy a variety of foods from 24 restaurants and businesses. The annual event this year was held to benefit two great charities, Community Harvest Food Bank and Honor Flight Northeast Indiana.

“This was definitely our biggest and best Taste of Waynedale thus far”, stated Camille Garrison, Marketing Director at Kingston Residence. “We took suggestions from previous years and increased the seating options and also added new trays to assist people with juggling food and drinks. We really appreciated that everyone returned the trays for reuse next year.”

Chef Al Tholen with Casa Ristorante was pleased as well. “This is such a great event for Casa Restaurants to participate in each year. It is truly an experience to have loyal guests of thirty years visit our booth and say hello to Lou Mespell, Co-General Manager of Casa West Jefferson. Lou knows many people by name and even remembers the table they always enjoyed sitting in at our Fairfield restaurant.”

As you entered the Family Life Center, it was a tough decision as to where to start first. There was Red Neck Escargot from Capt’n Rons, fresh soups from Halls, Crab Rangoon from China Palace, Southwest Smoked Chicken Salad from Shigs In Pit, a spicy Vegetable Asian Noodle from Landmarke Centre plus many other delicious entrees. All complemented by a variety of luscious wines from Belmont Beverage.

The grand finale of the meal wasn’t forgotten. There was a wide array of delectable desserts to choose from including Big Boy’s signature strawberry pie, fried apple pies from Pizza Hut, Cinnamon Sticks from Waynedale Bakery, chewy cookies from Subway, creamy custard from Culvers and ice cream cakes from Dairy Queen.

Nine Mile Restaurant was the three-peat recipient of the “People’s Choice” Vendor award. Joe Strack states “We are honored to be a three time winner of the People’s Choice award. There are always so many excellent area vendors at the event with such an impressive variety of foods. It’s a great opportunity for us to sample our foods as well as help the community.”

Melinda’s Balloons and Flowers provided beautiful centerpieces for the dining tables that encompassed both charities by using food products to symbolize Community Harvest and embellishing them with paper airplanes to represent Honor Flight.

The silent auction was also strongly supported with over $3,200 earned from this aspect of the event. “The businesses in and around greater Waynedale are so very generous” said Kingston Residence Executive Director Erin Floyd. “We had 67 items for people to bid on, including a signed baseball card from former Daisy Isabel Alvarez, Beats Headphones complements of Bolinger Dental, a Heartworm package from Waynedale Animal Clinic, a huge hydrangea from McNamara Florist, a Cricut from Scheerer McCulloch, a Hearing Aid from TLC Hearing along with golf packages, hair and massage services, oil changes and so much more.

As a result, this year’s event was extremely successful, bringing in proceeds of $10,000 which will be split between two local charities. President of Honor Flight Northeast Indiana Bob Myer was thrilled with the donation. “With our plans to add an additional flight, bringing our total to four flights for 2015, these funds will be put to very good use.” And Carmen Griffith of Community Harvest Food Bank stated “The Taste of Waynedale is always a wonderful event with a great turnout. Community Harvest Food Bank is thankful to Kingston Residence for donating a portion of the proceeds to help feed our neighbors in need.” Overall, the combined total amount donated from all seven Tastes of Waynedale equals an amazing $58,600.

“We are so blessed to also have the support of our in-kind sponsors such as JW Signs who generously provide free signage and both Hair Affair and Curves Waynedale who sold tickets for the event as well as donating baskets for the silent auction. The Waynedale News did a fabulous job of helping to promote the occasion and Melinda’s centerpieces were a great addition. A huge thank you goes out to Mount Calvary for allowing us to host the event there. We love the partnership we enjoy together between the annual Kingston Dinner dance and now our Taste of Waynedale” stated Garrison.

Ellison Bakery also provided cookies to enjoy later as people left. Resident Kay Bailey remarked when picking up her silent auction item “I just love the people, you just never know who you are going to run into!” She was not alone as many folks echoed her sentiments; this event is a wonderful way to visit with friends and neighbors. Be sure and mark your calendar for the next Kingston’s Taste of Waynedale, March 22nd, 2016.