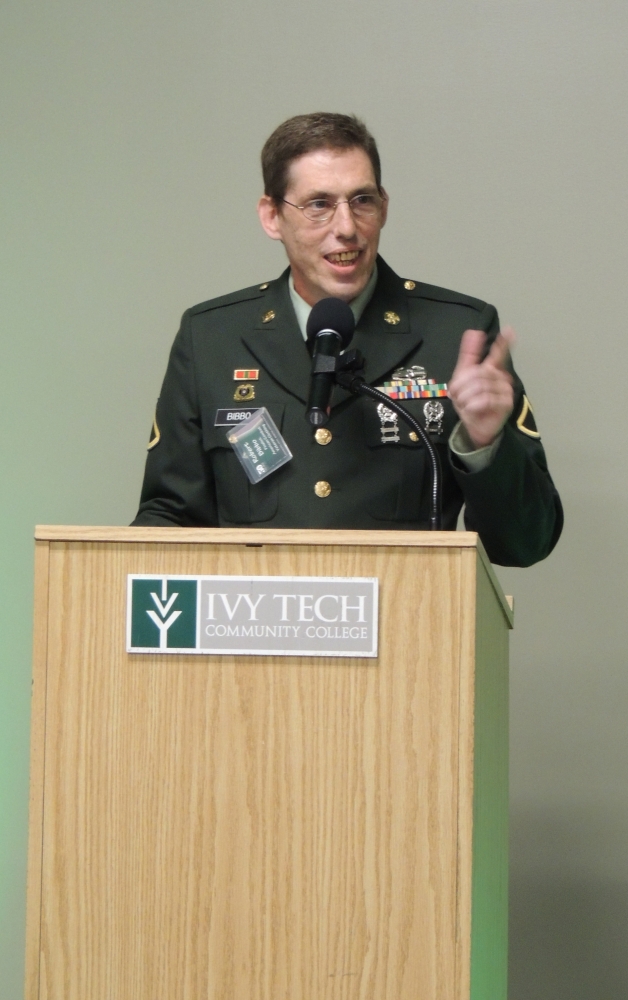 After Thursday night’s awards dinner, Robert Bibbo has been named the 2013 New Venture Competition champion.
As the New Venture champion, Bibbo won $20,000 to use as start-up funds for his company, American Combat Veteran Clothing. The company provides military-themed clothing and accessories, and Bibbo plans to hire only veterans. Bibbo is an Iraq veteran, serving in 2008-09.
“(Winning) definitely gave validation to the idea itself,” Bibbo said. “With the amount of support I had from the idea, both from veterans and civilians, whether I won or not, the company would be fine. Our unique selling position is that it’s hard to beat: a combat vet creating jobs for other vets, creating clothing for other veterans.

In its third year, the New Venture Competition is sponsored by Dave Bear and JB Tool, Die & Engineering Inc.
For the first time in the competition’s short history, three businesses will launch: Before the event, the three finalists all stated they planned to proceed with their businesses, regardless of the outcome of the competition.

In 1985, more than 250 entrepreneurship courses were offered in colleges across the country, according to the Kauffman Foundation, an entrepreneurship research group. Since then, that number has quadrupled and quintupled, according to the Galant Center for Entrepreneurship at the University of Virginia’s McIntire School of Commerce.
Ivy Tech Community College is the state’s largest public postsecondary institution and the nation’s largest singly accredited statewide community college system. Ivy Tech serves nearly 200,000 students annually and has campuses throughout Indiana. It functions as the state’s engine of workforce development, offering affordable degree programs and training that are aligned with the needs of its community along with courses and programs that transfer to other colleges and universities in Indiana. It is accredited by the Higher Learning Commission and a member of the North Central Association.