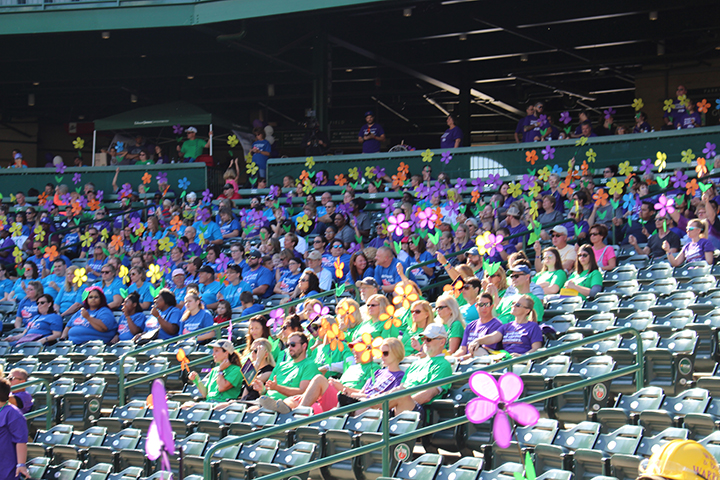 More than 1,500 Indiana residents joined the Alzheimer’s Association’s Walk to End Alzheimer’s® and united in a movement to reclaim the future for millions at Parkview Field in Fort Wayne on Saturday, Oct. 7. Participants raised more than $185,000 to fund Alzheimer’s care, support and research programs, and donations are still being collected.

“Hoosiers showed tremendous support for the cause,” said Abby Geha, Development Specialist, Alzheimer’s Association Greater Indiana Chapter. “It was a beautiful day to remember those we’ve lost and support those living with this disease.”

To date, participants have raised 76 percent of the Alzheimer’s Association goal to raise $230,000 at the 2017 Fort Wayne Walk to End Alzheimer’s, Indiana’s second-largest walk. The Fort Wayne walk was the last of 12 events across the Greater Indiana Chapter territory during September and October, and projections for total fundraising during the Walk to End Alzheimer’s are expected to reach $1.9 million in Indiana, which will help fund caregiver support and Alzheimer’s disease research for Hoosiers affected by this disease.

Walk to End Alzheimer’s participants did more than complete a 1 or 3-mile walk. They learned about Alzheimer’s disease and how to get involved with this critical cause, from advocacy opportunities, clinical studies and support programs and services. The event also included an emotional tribute to those who have experienced or are experiencing Alzheimer’s.