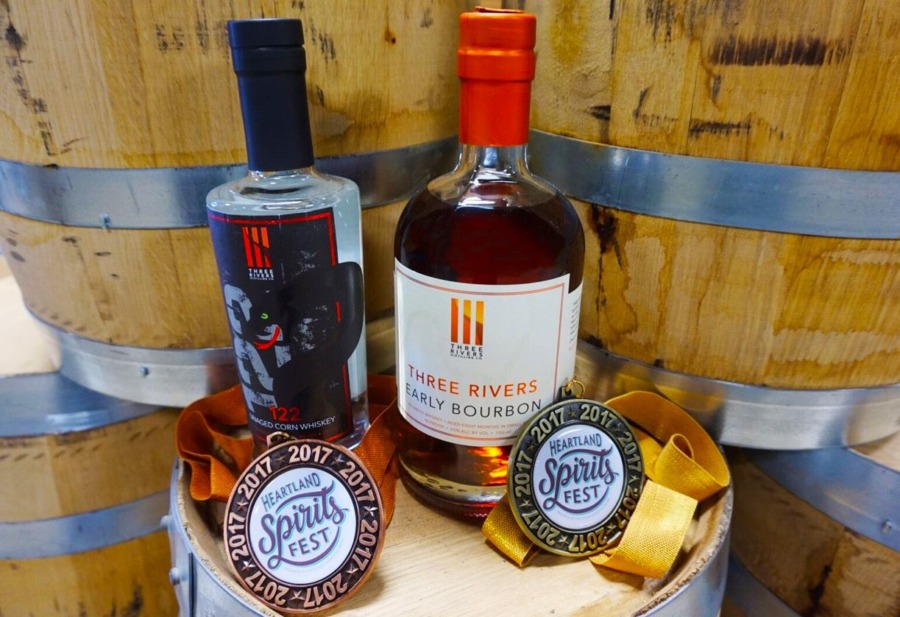 Three Rivers Distilling Company won their first Gold Medal for their Three Rivers Early Bourbon at the Heartland Whiskey Competition in Chicago on May 18th. The bourbon was the highest scoring whiskey out of all entries from the state of Indiana and was named the Best in State. Their 122 Unaged Corn Whiskey, named in honor of the local Air National Guard base where the owners met and served together, also took home a bronze medal at the competition.

The awards were announced at the Heartland Spirits Festival at the Concord Music Hall in Chicago on May 20th. The Heartland Spirits Festival describes itself on their website as “a new kind of festival designed to celebrate a new kind of spirit. It’s a celebration of food and drink that’s been grown, distilled, created, and served-up in the heartland.” The competition included distilleries from 10 midwestern states and focused on whiskeys produced using midwestern grown grain. The competition was sanctioned by the American Craft Spirits Association. The results of the competition are attached.

Three Rivers Distilling Company Co-Founder Travis Kraick was at the festival to accept the awards on behalf of the company. “It was an amazing experience learning that our hard work and ingenuity in our Early Bourbon was recognized as the best in Indiana,” Kraick stated. “We are in a state with many outstanding distillers and for our bourbon to be selected as the best goes to show the extent of the efforts we put in every product.”