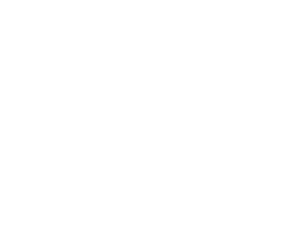 Laycoff’s, 3530 N. Clinton St., received a 2016 Commercial Façade Grant from the City’s Community Development Division and used the matching grant to give the restaurant a brand new look. The $20,000 grant, along with Sullivan’s investment of more than $20,000, updated the restaurant exterior with a new stone façade, a resurfaced and re-striped parking lot, new paint, a new sign and lighting.

“Laycoff’s is a great example of what the Commercial Façade Grant program is all about,” said Community Development director Greg Leatherman. “The grant allows local entrepreneurs to beautify high-traffic corridors, attract more customers and strengthen their neighborhoods.”

“Without the Commercial Façade Grant, I would not have been able to make such significant changes to my building,” said Sullivan. “This is a great program for helping small business owners invest in their properties.”

Applications for the 2017 Commercial Façade Grant program are currently being accepted now through December 12. Applications are available at Lindsey.Maksim. Maksim will speak or meet with potential applicants in order to explain the program and determine if a project is eligible before paperwork is filed.

In addition to Laycoff’s, the following businesses also received 2016 Commercial Façade Grants and have completed or almost completed, updates to their properties:

Mayor Tom Henry introduced the Commercial Façade Grant program in 2008 as part of his ongoing commitment to help local businesses thrive and expand, particularly in the heart of the City. The program is designed to assist business owners in making improvements to the exterior of their commercial properties. Enhancements can include new siding, architectural features, signage, lighting, awnings, parking improvements, decorative fencing and more.

The City requires applicants to provide a dollar-for-dollar match in order to receive the grant. Since the program began, a total of 84 projects have been completed along heavily traveled corridors such as Wells, Main, and Calhoun streets. In order to be eligible for a façade grant, a business must be located within one of the City’s Economic Development Target Areas, which are commercial corridors that are more challenging to redevelop because of the age of the buildings.