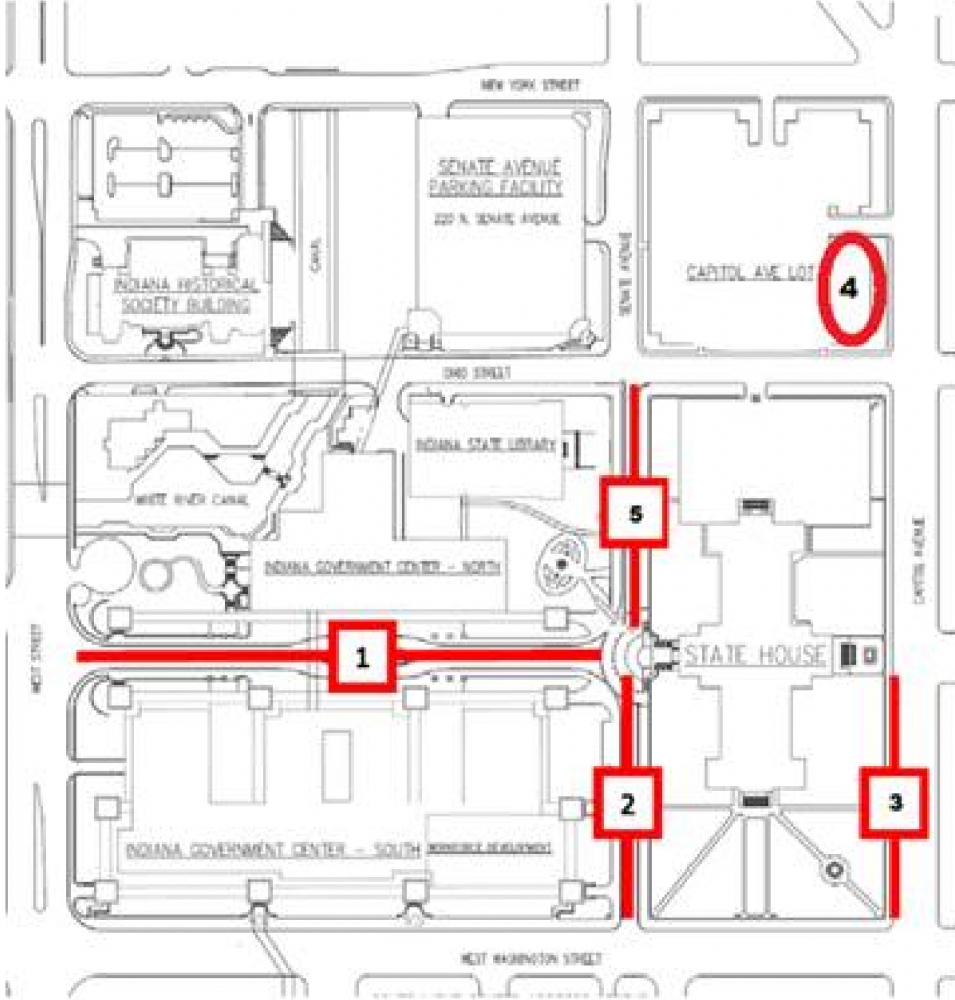 Beginning on or after Friday, January 29, 2016, the following changes go into effect:

1. Robert D. Orr Plaza will be closed to all vehicular traffic except for emergency vehicles or vehicles authorized by IDOA and/or ISP.

2. Southern portion of Senate Avenue closed to all traffic; No pedestrian passage between Indiana Government Center – South and the Indiana Statehouse except through the underground tunnels.

3. Marked news vehicles are authorized to park along the west curb of Capitol Avenue, south of the Market Street intersection.

4. Capitol Avenue Surface Lot will have placards indicating reserved media parking along the designated portion of the lot.

At the start of traffic pattern transitions, ISP Capitol Police will have an officer stationed on Orr Plaza to assist with the closure and help with any traffic issues. Signage will be displayed clearly marking “daycare drop-off” areas and the new turnaround area. Additionally, “One-Way” or “Do Not Enter” signs from Senate Avenue near Ohio Street and Washington Street will be removed.

Additional information, including FAQ’s, may be found at IDOA2016.